I'm sure you are expecting me to go thought page by page say what's good what's bad and so on but no I'm not. The reason for this is I expect every man and there dog who have a Warhammer 40k blog will be "reviewing" this codex. So my review is "It's Good, Very Good." Done. So instead of a full in-depth review I'm going to do my top ten changes to the codex's. 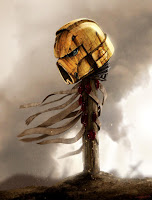 I was going to just say Vulkan (yes I'm a fan boy, deal with it), but I relised Vulken himself hasn't changed, his warlord trait did and that's what pumps me about him once again. His trait, (as well as Lysander's and Pedro's) grants a 4+ Feel No Pain. So Vulkan (and Lysander) have a 2+ or a 3++ and if they fail you well here have a 4+ fell no pain as well. Don't mind if I do. But to be fair to the Warlord Traits Table, there all good, apart from 6 that's meh at best.

9. Less Restrictions
Sounds silly but things like command squads are now an elite choice, nothing in there rules stop you from taking them if you don't take a Captain (or a named character). Also being able to take character like Sergeant Telion as a HQ choice is fantastic.

8. Scouts
You fixed them GW, well done, all you had to do was make them hit on 3's and now people want to take them.

7. Centurion Devastator Squad
Now even thought as a whole they have dropped in price, the most common load out (and the more devastating) is now the more costly of the options. I personally have used the Lascannon sit back and shot option more than the more common GravCannon version but have coming up against said GravCannon centurions it's nice to see there more points than the "nicer" version.

6. Icarus Stormcannon Array
It lost Servo-tracking (don't think I ever saw that get used), it lost a shot (now heavy 3 not 4) but gained Interceptor. I now want a stalker or 2, sounds silly how adding interceptor to a weapon changes everything about it, but means you are more likely to use that weapon and do some damge to that pesky flyer then you where before.

5. Techmarines
Not only are they now cheaper in points, they now have 2 wounds. Simple yet much much needed (epically as I'm a massive fan of the thunder fire cannon)

4. Sternguard
Now cheaper in points, and if you take the imperial fists chapter tactic you can reroll there special issue bolt gun ammo of hits of 1 unlike before.... thanks.

3. Land Raider Spearhead
First formation on the list (and I'm sure won't be the last),  this formation turns the land raider into a super heavy (more or less), letting it ignore everything on the vehicle damage table apart from the Destroyed result as long as there within 6" of another model from that formation is amazing. I love land raiders and I get very angry when I can't move them, this should help that.

2.  Taking Tanks in Squadrons
Simple and much needed fix to some tanks (like the predator and whirlwind), now I can take 3 in a unit, with bones to them if I do, more likely to want to use them now then I did in the past.

1. Gladius Strike Force
The new way to build your space marine list, and boy is it a good one.
Basically mix and match formation to create your list. The best thing about this is the special rule if you take two Battle Demi-Company's you can get dedicated transports for units that can have dedicated transports (rhinos, razorbacks and drop pods) for free. Now you can achieve this at 1500 points (not leaving much room for extras) but at the new standard of 1850 it seems you can do two with decent amount of upgrades  and about 300
points of free transports, is it game braking, no, is it fun and worth your time, yes.

So there my best bits of the new codex. I wish I could of said that terminators are better and worth there points but no, not really, I'm hoping the dark Angels codex fixes them. I will say it's fun new codex, doesn't seem as over powered as Necrons and Eldar but strong in comparison to Wolves, Guard and Grey Knights.
Posted by Unknown at 20:35 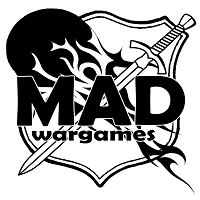